Mariner made the mistake of watching Empire Games on Netflix. It is an excellent documentary series about how power abused the citizenry and how power exchanged hands from one king to another (assassination).

It was a mistake because mariner also is investigating the current transition from the industrial age to the computer age (Reagan Administration in 1981 to a time toward the end of the twenty-first century. The elimination of labor jobs in the United States caused by the NAFTA agreement in 1993 is comparable to the introduction of textile machinery that caused the Luddite revolt in 1811, considered the beginning of the industrial age).

And almost, anybody here seen my old friend Ronald.

Improved weaponry, communications and transportation in the twentieth century have allowed ‘accumulate wealth’ to be a global event. Wars in the computer age have newer methods; everybody wants to join in – even if, in the last decade, old-time explosives aren’t as important.

For example, in the old days of emperors, wealth was acquired through military action. Today, wealth is acquired through corporations. Even so, the procession to rebellion is similar. The proletariat is abused (just two examples: disappearance of steel manufacturing and Google); in a corporate sense, nations are colonized in pursuit of wealth; eventually the disadvantaged people revolt (note Brexit, Donald’s base, and Venezuela). As far as battle between ideologies and cultures, the computer and Internet are the weapons of choice. During WWII, planes dropped leaflets or nations broadcast radio programs. Today, advocates insert propaganda into social media. Today, in the computer age, the procession to rebellion can be provoked by inciting rebellion without firing a bullet or even having to travel to the target nation.

While the procession to rebellion has not changed for the moment, three significant events have curtailed military violence: the invention of nuclear weapons, acquiring wealth through corporations and the ease of invasion using just a smartphone. In effect, militaristic war is being pushed back to the days of parochial conflict.

The other significant similarity between the age of emperors and the age of computers is economics. Setting aside for the moment the egomaniacal dictators and those who dream of being king, quality of life is a major provocation for rebellion.

The relationship between accumulating wealth and general quality of life is not absolute. For example, global weather cycles, plagues, and significant planet activity have nothing to do with the procession to rebellion but greatly affect quality of life. Still, lack of citizen quality can be interpreted as economic dissatisfaction.

The computer age brought with it a new economic engine: computers allowed corporations to become international. Manufacturing no longer was constrained by slow information or relatively high labor costs. Corporations found it more profitable to loosen the fiduciary laws of investment and become less accountable in their role as supporters of society. The transition to investment and away from manufacturing began in the Reagan administration during the 1980s. Since then labor has suffered as better paying jobs moved to more lucrative foreign labor markets; ignoring the role of supporting society has led to wage suppression in order to improve corporate profits; corporations aren’t sharing their profits. So much for trickle-down.

It is now forty years later. The proletariat suffers on every economic front from sustainable income to job security to housing to less than adequate health care. As the stock market rises to new heights, the economic challenge to the man on the street grows more intense. The time is ripe for the procession to rebellion to rise. Indeed it has started in the name of Donald’s base.

Just as in every stressed rebellion, those who can manipulate political advantage rise to power. Too often, these economic saviors have little empathy; they are eager to move to changing the culture and accumulating wealth for the powerful rather than the citizens.

There is a happy ending, sort of. The United States has been a democracy from its inception. That democracy, especially now, is far from perfect but it has allowed the nation – so far – to avoid the ravages of nations like Greece, Turkey, Brazil, Poland, Columbia, Venezuela and the entire Middle East to succumb to collapse and allow despotic leaders to shut down free society. Mind you, with the likes of Donald, these are scary times. Another term and the nation will join Turkey and the others. 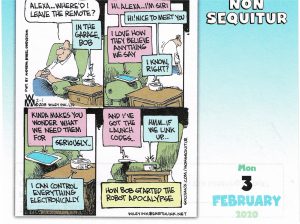