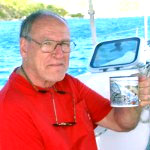 Just an old passage sailor that came ashore in Iowa, US – waiting for the next really high tide. As old sailors will do, tall tales will be told and bold opinions tossed about.

The mariner has three alter egos that help form content. One is called ‘Chicken Little’ after its namesake in children’s literature; Chicken Little is quick to panic, often running to a hiding place for security.

Another one is called ‘Amos’ after its namesake prophet Amos in the Old Testament; Amos is perpetually skeptical, always assuming the worst in human nature.

The third one is called ‘Guru’ after its namesake in the comic strip B.C; Guru is a far out philosopher, futurist, and theoretician capable of abstruse interpretations on any subject.

The alter egos contribute more along the lines of a recipe rather than singular dominance over what mariner writes. It should be pointed out that mariner is a progressive humanist and often engages in intellectual interpretations of reality.

2 thoughts on “About the Ancient Mariner”