Mariner has nagged about the decline of government, economics and society for 23 straight months, not counting other ideological issues and the always inadequate electorate. But in the last six months, setting Covid aside for the moment, the nation’s core stability is increasingly stressed. The U.S. is faced with fragile situations by Russia wanting Ukraine and China wanting Taiwan. Still the U.S. struggles with deepening populism and citizen violence.

There is a good chance Congress will fall to an oddly deranged republican party which will not be able to hold together a deepening distrust by the nation’s citizenry. Note the following chart from Gallup, an annual exercise reflecting citizen satisfaction: 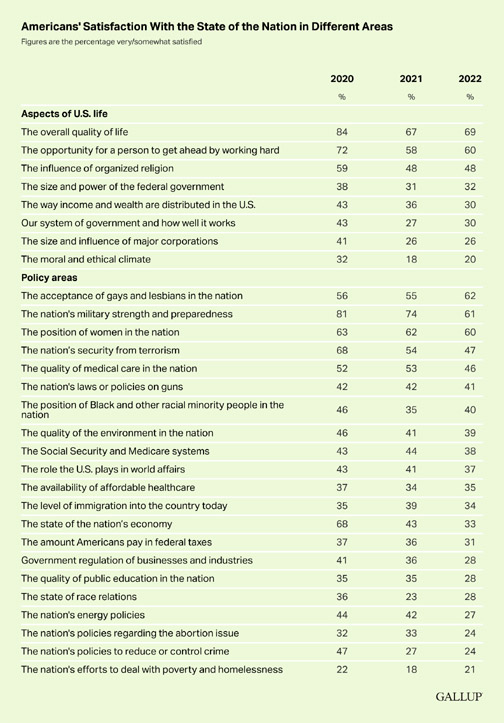 Most of the satisfaction scores don’t represent a trend – it’s more like driving over a cliff.

Things seem not to be finding their way out of the maze yet.