Thanks to Donald for having written an appropriate book title to parody.

Thanks to a thirty year political career by the Clintons which is a crystal clear example of double dealing.

This post is in the form of a treatise about simultaneous public negotiation on an issue while at the same time having a private negotiation on the same issue. A clearly defined example is the manner in which Barak achieved passage of ObamaCare. The public negotiation was a political campaign heard by the public in terms the public appreciated, which in turn put pressure on legislators to yield a bit to populist opinion. In the private negotiation not known by most citizens was a deal with big pharma they couldn’t refuse. This private negotiation took the lid off prescription prices for a number of years. This deal broke the collusion tactics of the medical industry just enough to attack legislators in their own interest to raise personal funds. By the slimmest of margin, the birth of social medicine was passed.

Unfortunately, typically, private negotiation costs a lot of money to the public negotiation. Who paid for the creation of ObamaCare? You and the mariner did through outrageous profits to big pharma – more than enough to offset future capped costs.

Mariner will reflect on five well known political figures in an attempt to find a way to measure advocacy and public commitment as a behavior that justifies the impact of the private deal:

Abraham Lincoln was a champion double dealer. His private government deals with 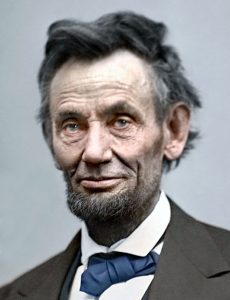 legislators were for them lucrative and opportunistic and swung enough votes to pass the emancipation and several lesser regulations easing the transition for African Americans in the south. Yet he was assassinated; he helped provoke the Civil War; more American soldiers died in the Civil War than any other American war. Yet Lincoln is one of the most elevated moralists among all presidents. Why is that? Today’s racists still don’t like African Americans but it is highly likely that African Americans will never be chattel again. Not that slavery doesn’t exist; many Asian women who work in manicure shops are locked into a dependency with those who brought them into the US at virtually starvation wages and no benefits. 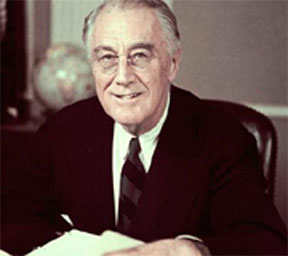 Franklin Delano Roosevelt rescued the US from a bankruptcy known as the Great Depression. FDR was fortunate to have democratic majorities in Congress and a majority of states; He created many Government job programs; FDR created the “alphabet Job Corps” to improve infrastructures and parks (CCC), WPA, FERA, PWA, Entertainment, construction, and had its own financing organization. All paid for by a broken government. FDR raised taxes to 100% of income for anyone making more than $38,000 annually (1930’s dollars – not US profits) and devalued the dollar by 25%.

An important piece of legislation that passed in FDR’s administration was the Glass/Steagall Act in 1933 which would prevent banks from taking over the US economy and prevent savings/mortgage banks from investing savings on the stock markets. It was collusion among investment and banking interests that crashed the US economy. Most of FDR’s private deals came with international relations during the Second World War. Whether public or private, FDR wore his policy on his sleeve: The nation and its citizens had to come first and did come first – even if he made an occasional private deal. FDR is considered one of the most successful Presidents. Why is that? 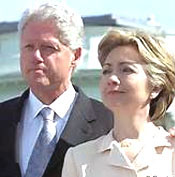 In 1999, Bill Clinton, Hillary Clinton and Federal Reserve Chairman Alan Greenspan among many investment types colluded in a private deal with the giant banks to repeal the Glass/Steagall Act. The banking industry, investment industry, housing industry and lending companies were free to collude again essentially stealing trillions of dollars from the American economy to create an oligarchy beyond imagination and a national debt in the trillions because of multitudinous tax loopholes for big corporations and the oligarchy- leading to the same economic recession for the same reasons that occurred during the FDR administration. Bill’s show business/salesman talents have made him a powerful President during public negotiations. Yet there is skepticism about his private deals. Why is that?

It is sensed, over the years, that Hillary is the Administrator of Clinton politics. Some pundits have said that Hillary saved Bill’s political career more than once. Rather than moralistic, the pair is clearly pragmatic in nature. The citizenry has become aware of these separate characteristics over thirty years of Clinton politics. Why is Hillary affected by the Presidential campaign? Why is that? 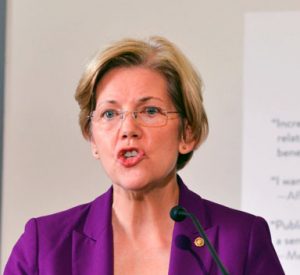 Try doing today what FDR did in 1933 during this capitalist age of million dollar bonuses and Strumpf’s $200 million fraudulent increase in stock value over a base salary of $17 million. Is it worth watching Elizabeth Warren butcher Strumph at a Senate hearing about the Wells Fargo Scam with Strumph? Absolutely.

Not only entertaining, her behavior demonstrates that Elizabeth deals only in public negotiation. Large double dealing corporations and politicians definitely dislike her because she won’t engage in private deals. Through her efforts alone, a new Federal agency was created: The Consumer Protection Bureau. Since its creation, the Bureau has represented only the public side of the art of double dealing: reference the NYT article.

The Consumer Protection Bureau needs your attention and support to prevent its demise. Every day the banking and investment world launches a new legal and Congressional attack on Senator Warren’s watchdog. The New York Times tells the story:

In the past five years, the bureau has generated nearly $12 billion in financial relief and restitution for more than 27 million consumers who were wronged in the course of routine financial dealings with banks and nonbank lenders. That is $12 billion that otherwise would have enriched executives and shareholders. It is also a measure of the extent to which unfair, deceptive and predatory financial practices still pervade the financial system, giving rise to the need for a strong cop on the consumer beat.

All Presidents and elected officials are in themselves one player in the history of the US with its unique idiosyncrasies. It seems, however, that one characteristic stands above all others: Does the citizenry believe that the politician is a genuine representative of the will of the people? The President does not, within his power, have the right to negotiate private negotiations unless those negotiations represent in their entirety, public need.

Both parties duck this responsibility. Today, the elected official’s role is to get rich. Few, very few, will represent the public. It is not every citizen that will feel the protection of their economic nation against private interests. Until the citizenry insists on moral, public negotiation without fail, statesmen like Elizabeth can only go so far in public negotiation. The mariner recommends beware of private negotiations. 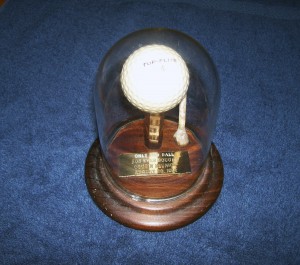