Mariner writes this blog to avoid picking the last apples to make a year’s supply of apple butter. Why does he defeat himself with laziness? His thoughts turn to what evolution has created in the 900,000 years of creating the hominid line. It certainly hasn’t stood still. Everyone has seen the ascent of man chart. Mariner provides a variation below: 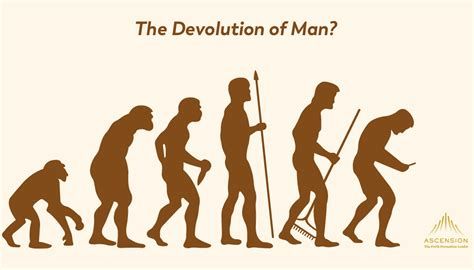 Paleontologists often identify key transitions that mark different physiological species. The most common are when –

֎ Early monkey species came down from the trees. Groups or tribes of the new ape species began to have a more stationery society and expanded their diet to more insects, small creatures and additional low vegetation like roots.

֎ In Northern Africa there were periods of drought that forced the ape-hominid to forage more widely. The demands of this long lasting period demanded the ability to range even farther, taking more energy and stamina to sustain the species. Two key evolutionary improvements were the ability to perspire and a brain that could take charge of basic visceral functions when hunting, thereby allowing man to outrun animals by wearing them down.

֎ But something new was happening. Evolution was changing the brain. By the time these early hominids left Africa, frontal lobes were growing rapidly in the brain. Early man began to have the ability to surmise beyond physical reality. There was a new smartness that required logic to perceive advantage. When the early hominids arrived in the Fertile Crescent, the area had perfect weather and a robust ecosystem. Man surmised, “If we’re going to eat so much of this grass (Kamut/Khorasan, an ancient version of wheat), why not collect the seeds and grow it more conveniently”. Because an excess of resources could be created, this was the beginning of agriculturally-based society and feudal capitalism as well.

֎ Evolution had provided man, by then called Homo erectus, the advantage to breed rapidly and consequently H. erectus had to expand territory across whole continents in order to sustain what was considered a safe survivability. Evolutionary ethics promotes successful survivability; expansion is possible because of a certain advantage to the species. This is not new; today consider the Lionfish, a flourishing invasive species in U.S. Southeast and Caribbean coastal waters. The difference is that Lionfish do not have frontal lobes. Humans, on the other hand, know full well the relationship between investment and profit: “chop those trees down, damn it, there’s money to be made!” or maybe, “Kill those savages, they aren’t Christians!” Both logical in evolutionary terms.

֎ Since Roman times in the West, Human frontal lobes have taken over ethical control of what used to mean ‘survival’ to the planet’s ecosystems – themselves a product of evolution but without frontal lobes. Humans with their ever growing frontal lobes have expanded into Einstein’s universe of time and space and they are eager to expand beyond this planet to leverage the profit motive even while significant numbers of the human species languish on Earth.

Mariner stops here to pick apples. What about these frontal lobes? Are they a self-destructive error on evolution’s part? Thousands of species including many Homo precursors have gone extinct because of unintended shortcomings.

Have a happy holiday season!