Immediate reactions from the republicans are beer parties while the democrats cringe in dark corners. But it isn’t that simple. The census actually has several stories to tell. 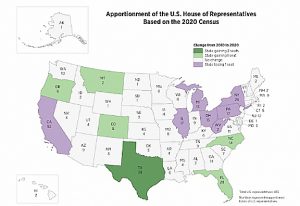 From a different perspective, today’s cultural and economic progress has difficulty adjusting as the US moves through its national history. Progress is difficult because the US Constitution is the same one created in the 18th century: a democratic Federal Republic designed to govern a scarcely populated citizenry across an unknown continent. Automobiles, electricity, computers and an unanticipated population density call for consideration of a Constitutional convention. But who dares?!