In a number of posts mariner has suggested that stand-alone national economies have peaked and are not the solution to the economic future. Virtually every economist feels that the economic health of the globe is failing more rapidly on a yearly basis. This may not seem as evident to the rich nations because they have a depth of wealth and assets that continue to produce profit but there are many telltale signs that even the wealthy nations have gathering clouds. (Mariner loves to mix metaphors) 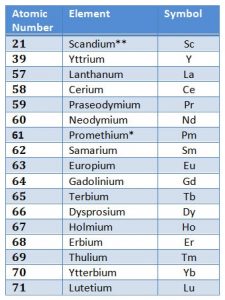 Interestingly, the industry that has forced nations to reshape their economic philosophy is rare-earth minerals. In a report by The Economist the point is made that only a handful of nations have rare-earth resources (US has only one mine in California). Two of those nations are China and Peru.

Couple the disparate distribution of rare-earth minerals with the immense demand in the manufacture of electric cars, lithium batteries, jet aircraft, computers and dozens of lesser products and a classic supply/demand situation arises that will further unbalance global economics, making just a few nations wealthy while more nations succumb to severe trade imbalances.

A second but less focused desire to reshape world economics is the political war emerging among the wealthier nations. In this century China, United States, India, the European Union, Canada and Japan have taken deliberate steps to restructure international liaisons by developing supply chain relationships. Supply chain economics guarantees a dependable GDP for participating nations. The one example in recent times was the Trans-Pacific Partnership (TPP) which created an economic role for 11 nations on the Pacific Rim.

As a first time effort, TPP failed by displacing cultural and human rights in each nation in favor of capital gain; in effect the partnership would have authority over national governments. That should be a lesson learned as supply chain economics matures.

One muses that as China seeks to unify the small Pacific Rim nations, might the United States do the same with the Caribbean – yes even Cuba?