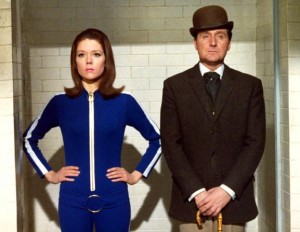 Patrick MacNee died today at the age of 93. A moment’s silence by fans who remember The Avengers from the 1960’s. His best known partner, Diana Rigg, a fine looking actress, is still with us. The two of them were the best of British tongue-in-cheek humor. MacNee played John Steed, an understated, imperturbable fighter of crime – some of his antagonists were strange. His partner played Emma Peel, an ever ready to assist martial arts expert who always dressed in a tight jumpsuit. Videos are available on the Internet and DVDs for those who want to travel through time.

Those were the days.

The Pope issued a statement that the world must heed the dangers of global warming, which he laid at the feet of humanity as the cause. Jim Inhofe (R) Oklahoma, had snide remarks. The republican candidate herd (is there another term we could use to specify 23 republicans running for President of the US? Suggestions welcome) to the last man and woman denounced Pope Frank’s statement for the most part saying (a) the Pope is not a scientist (b) the Pope should stick to religion and leave science to us!! (c) the Roman Catholic Church does not represent world opinion.

The trashing of the Pope – indeed that was what it was; none of the candidates were nice or polite and in a few cases could not rise above character assassination – shows the power of politics when it is comprised of large amounts of money, lack of statesmanship, and counting on gerrymandered voters in the primaries.

As if to deliberately counter this silliness, the Netherlands was ordered by a court in Hague to reduce carbon output by 25% of 1990 levels within five years – more than the Dutch government intention to reduce the amount by 14 to17 percent.

A UN climate secretariat article obliging states to do whatever is necessary to prevent dangerous climate change was also cited. So was the UN climate science panel’s 2007 assessment of the reductions in carbon dioxide needed to have a 50% chance of containing global warming to 2°C.

In local news, the mariner’s town has been subject to strategically timed thunderstorms and torrential rains (rain falls in inch increments). An earlier post referenced that he lost three old and stately trees during a bad storm. When the damaged trunks were dropped to the ground, the ground was so saturated the trunks left 6-8 inch trenches across the yard. Needless to say, these are full of water. In fact, half the backyard is underwater. Mosquitoes, gnats and pond bugs abound. If it ever stops raining, insecticide must be placed on the water’s surface to kill the bothersome insects. The lawn must be rebuilt from scratch.

The experience raised a conundrum for the mariner: How do pond-dependent insects and plants travel to his standing water? The closest open water is at the golf course about a mile away. In some manner, he has received a complete, ready-to-go swamp as if it were a kit from a swamp store. If the mariner had any trees left, he would hang some Spanish Moss on them and turn loose a few muskrats. To add insult to injury, just days before the trees were damaged, the mariner downloaded plans for a barred owl nest. The owls are plentiful in town and young rabbits are a treat. The nest would have overlooked the lawn in front of the flower garden. So much for that idea. Instead, the mariner may add a couple of caimans and a Cottonmouth water snake.