As regular readers know, one of mariner’s political dreams is to merge North and South America into a planet-leading powerhouse for economics, culture and science. This is fantasy of course; the United States considers brown people second class citizens – whether Mexican, Guatemalan, Puerto Rican, Columbian or the far reaches of Asia. If there were more Eskimos, they’d be thrown in as well.

But wait! As if it is the first creature to move out of a primordial sea, there is a glimmer, a faint, fragile thought that has emerged in Congress. Senator Tom Carper (D-Delaware) is traveling to Guatemala to meet with that nation’s president to discuss ways to eliminate the migration of its citizens to the United States. The subject of the visit is economic in nature, that is, how can the US help Guatemala’s economy.

Further hope comes from Tom’s close relationship with Joe Biden, himself an ex-Senator from Delaware. If white supremacists were rational, they would push the republicans to back these ventures to keep nonwhites below the border. (Yes, racist, but mariner is desperate; otherwise republicans will fight this idea for sure. Consider mariner’s effort similar to throwing a stick to entertain a dog)

It took a long,

long time for aye-ayes to become humans. Mariner suspects the same will be true for unified Americas. Mariner asks that the reader be careful where they walk lest they squash this primordial thought. 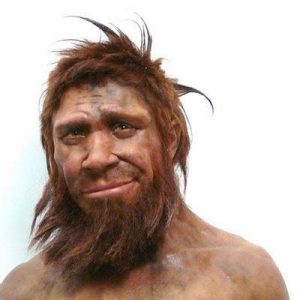