Because of the anthropological tumult in today’s world, mariner hasn’t visited the world of the sciences for a while. Here are a few updates:

֎ Invest in European real estate now before the rush 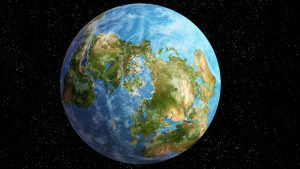 In the next 200 million years, Eurasia and the Americas will collide to form the supercontinent Amasia, according to a model of tectonic plate motion.

From Columbia to Rodinia to Pangaea, Earth has seen a few supercontinents come and go in its ancient past. Now, researchers theorize that these giant landmasses form in regular cycles, about once every 600 million years. They even predict when and where the next supercontinent will form, driven by the creeping flow of rocks in our planet’s hot mantle. Nicolle R. Fuller/Science Source

Ancestors living in southern Africa around 200,000 years ago not only slept on grass bedding but occasionally burned it, apparently to keep the bugs away.

Remnants of the oldest known grass bedding, discovered in South Africa’s Border Cave, lay on the ashes of previously burned bedding, say archaeologist Lyn Wadley of the University of the Witwatersrand in Johannesburg and her colleagues. Ash spread beneath bound bunches of grass may have been used to repel crawling, biting insects, which cannot easily move through fine powder, the researchers report in the Aug. 14 Science. Wadley’s team also found bits of burned wood in the bedding containing fragments of camphor leaves, an aromatic plant that can be used as a bug repellent.

֎ Do teacher unions know about this?

Unlike human students, computers don’t seem to get bored or frustrated when a lesson is too easy or too hard. But just like humans, they do better when a lesson plan is “just right” for their level of skill. Coming up with the right curricula isn’t easy, though, so computer scientists wondered: What if they could make machines design their own?

That’s what researchers have done in several new studies, creating artificial intelligence (AI) that can figure out how best to teach itself. The work could speed learning in self-driving cars and household robots, and it might even help crack previously unsolvable math problems.

The average yearly number of these disasters, ranging from hurricanes to wildfires to prolonged heat waves, has quadrupled in the last three decades. The planet is now about 2 degrees Fahrenheit warmer than 100 years ago, near the beginning of the Industrial Revolution.