Mariner’s wife uncovered this actual test from 1954 on its original paper. Laying in the entire test as photographs would take many pages. Below is the top of the first page. The rest has been added as text.

Perhaps the reader could have a pen and paper ready to take the test on their own. There are approximately 100  questions; get 60 correct to pass by the skin of your teeth. Once in a while Kenny’s answers are inserted to help. 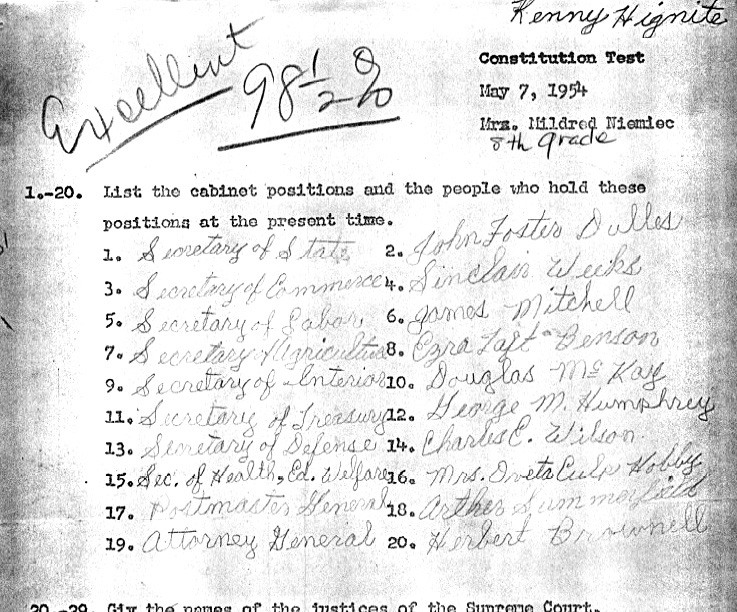 21.-29. Give the names of the Justices of the Supreme Court.

30.-51. Tell the provisions of each of the amendments to the Constitution.

The original document is missing 70 and 71.

Does the reader get the sense that if the electorate learned this information in school social media may not have as free a swing at facts as it does?