The readers have read the mariner’s criticisms through many posts. Our governments all, Federal, State, County, and Local need your help. The election season has arrived in many County and Local governments. How about running for the school board? County Supervisor? Mayor? Town Council? Most elective offices have lengthy procedures that must be followed if you want to be in an election. File for your ticket now.

Find out who your local, County, and State District party chairmen are; find out when the caucuses or monthly meetings are so you can attend. Become part of the process. You certainly cannot have a negative influence – the bar of competence is too low. Your ideas about decent government are needed. The small clique of party regulars has too much influence. That can be remedied with more party members attending.

If you are not interested in personal public leadership, your opinions are a powerful tool. Use any form of communication from mailed letters, social networks, or emails. You may feel as if you are one small voice against giant political machines. Actually, you are one of many communicating with elected officials. Our government officials may not do what you want them to do but it makes them aware that there are votes at stake that may at some point outweigh the influence of lobbyists.

Your participation is needed badly when populism is totally disregarded in favor of lobbyist financial influence. Recently, the Senate voted down a gun registration bill that was preferred by eighty to ninety percent of the nation. Whether this was good or bad in your opinion is irrelevant. The real danger to both sides is a runaway government.

Many economists and management theorists have said that a new paradigm cannot rise from within the old paradigm – it must begin on its own from outside the system. The nation needs a new paradigm that makes those we elect represent the voters when there is an obvious majority for a given issue.

The United States is managed by wealthy entrepreneurs and large corporations – not by citizens of the United States. This is a broken government. It is your turn to be the government. The mariner has no doubt you will do a better job. 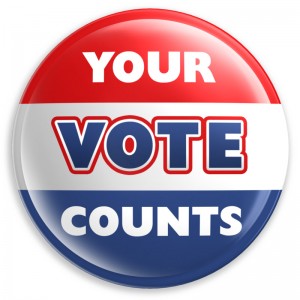 1 thought on “It is Your Turn to be the Government”