IF the reader was born before the Vietnam War (1954), their core understanding of reality and related social values is outdated – functional but outdated. Life values accumulate via growth experiences until around the age of 25; developing pragmatic skills through adulthood by participating in society benefits society. The opportunity to successfully participate in society fades after the age of 60 because two younger generations have created a different reality during their growing and productive years. 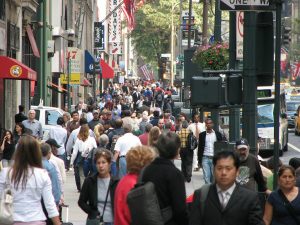 A good analogy for elders is walking lost on a Manhattan sidewalk at noon. What is important to social stability is that everyone over 60 has earned and deserves a pleasant time during their retirement.

It is true that some personalities will insist on an active, decision-making role in this century but their values and experiences are not quite in tune with the needs of a newer society.

If the reader believes in the sanctity of the Universe, its tough and rugged rules for existence, its rules for sustaining a sensitive balance of life forms and further that all life forms are subject to the rules of Nature – then the reader tends toward being a naturalist. Perhaps the broadest philosophical point for a naturalist is sustaining Nature’s status quo, its balancing act among all matter living and nonliving.

Being a naturalist, the reader is aware that Homo sapiens has tinkered with longevity beyond what Nature would grant. Just in the modern era, the lifespan of humans in 1943 was 53; today it is close to 80. “Why,” the reader might ask, “has society nearly doubled the lifespan of humans but feels no responsibility for the overpopulated outcome not only concerning humans but their imbalance with the rest of the ecosystem?” Three alternatives have been tried that inadvertently limit population but have not become a sustained practice for balancing human population:

(1) Execution. Imposed death of family members and servants was practiced by Egypt for centuries; even today there is a voodoo group that still practices ceremonial sacrifice for the good of the family or society. A small remnant of ritual assassination remains through execution of unwanted criminals. And, of course, before the invention of explosives, changes in culture or climate forced relatively large armies to brutally kill each other in a war.

(2) Limited reproduction. From time to time, especially in Asian societies, a family was constrained by social rules to have only one child. A different variation existed recently when Asian families decided not to have that one child be female because males were more valued for their opportunity to work and bring more resources to the family. In 2015 Xi Jinping removed the offspring limitation for economic reasons.

(3) Prevented reproduction. These methods can be considered to be common practices to prevent pregnancy; for example, abortion, sexual preventatives like condoms and vaginal obstruction, and pharmaceuticals.

If one is a naturalist, given the overpopulation issue, one is confused by a culture that insists on enforcing the birth of children who may not be wanted or who will burden the life of the family beyond normal circumstances and at the same time other factions insist on pregnancy as a personal choice unaffected by reproduction issues.

As is almost always the case, Nature controls biological balance. Does the reader know that caucasians, Asians, Europeans, Russians, in fact the whole world is losing population? Just in the United States, where white supremacists are active, the white race will be a minority in the 2124 Presidential campaign and will disappear as a political entity by the end of the century.

Mariner is reminded of the noted mouse and rat studies in the 1960’s that showed when the caged population reached a point of imbalance in terms of space, mating environments and social bickering, the population suddenly dropped to about a third and stayed there for a long period.