Denver, Phoenix, Tucson, Albuquerque, El Paso, Los Angeles, Las Vegas, Phoenix and San Diego may not be sustainable by the end of the 21st century because of water shortages.

Independent local election campaigns no longer exist. The concept of local campaign-local-citizen-related funding no longer exists. Local citizen funding as an indicator of local citizen interest is a victim to giant PACs who can fund regional broadcasters, who can saturate local markets even if a local election committee wanted to spend money; PACs can dominate social media. The republican reelection campaign PAC alone is spending $141 million on district races. Three cheers for totalitarianism!

Oklahoma’s four abortion clinics have been overrun with demand from out-of-state patients. When a team of academic researchers posed as pregnant people and called the Oklahoma clinics at the beginning of March, all four told the callers they couldn’t schedule them for an appointment.

Used car prices are a staggering 35% higher than last March. Many consumer products will never retreat back to pre-Covid days.

Syria is gearing up its military to join Russia against Ukraine.

Guru speculates that as many as three different regional wars may erupt similar to the Ukraine-Russian war because of regional, longstanding issues:

The Middle East War. See the map for possible players. Some players like Turkey,

Saudi Arabia and Iran are seeking more power through unification but common human struggle exists throughout the region. The West counterparts may involve Europe, Greece, Israel, India and the United States.

The Southeast Asia War. See the map for possible players. This is a China-centric war 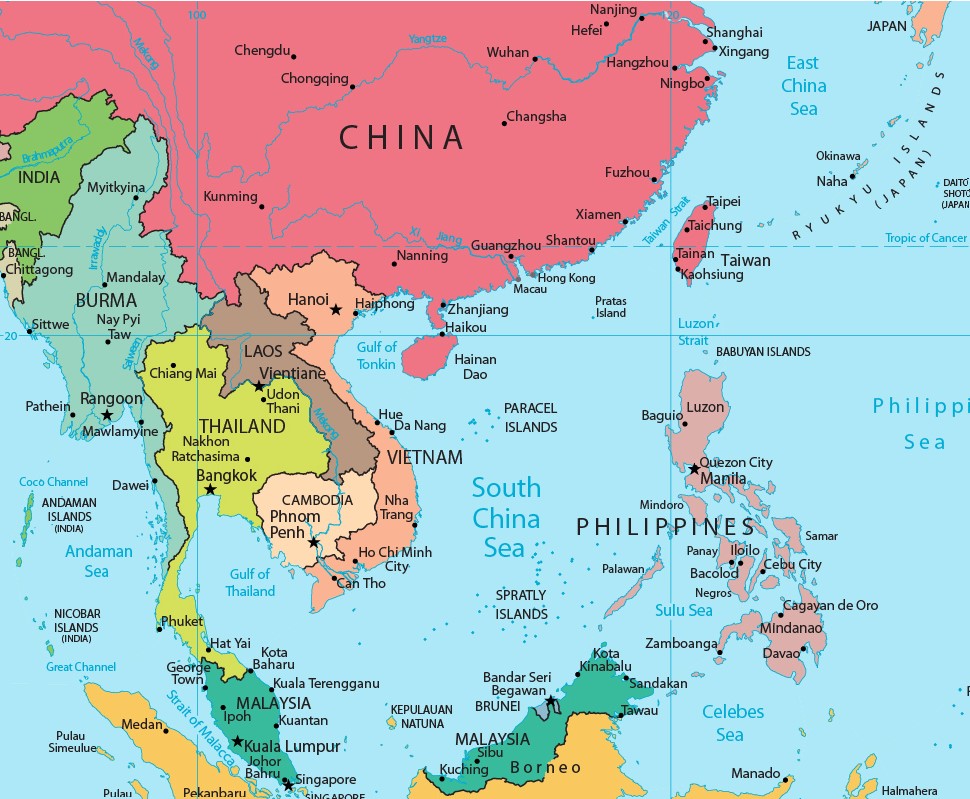 that includes a current sore spot, Tibet, where a current conflict is China’s genocidal policy against Uyghur Buddhists. Beyond Tibet are a number of nations that depend on independent trade that China would like to own – Bangladesh, Nepal, Myanmar, Burma, Thailand, Cambodia, Vietnam and Malaysia. The West counterparts may include India, the United States, the Philippines, Taiwan and perhaps if China acts out in a certain manner, the third regional war for economic control of the Pacific Rim will join in. Other nations would join in like Australia, South Korea, Japan, Indonesia, Canada and perhaps Columbia and Mexico. In the expanded regional war for the Pacific, Russia and North Korea would step in as China’s allies.