Mariner stumbled across a small analysis that suggests the United States is struggling with an ingrown caste system very much like the caste system that exists in India. Americans don’t pay much attention to India (they should, it’s a sumo nation). India covers a large part of Asia and has a cultural history dating back six thousand years. The culture is a mix of authoritarianism, Buddhism, Hinduism and a current political structure instituted by the British occupation during the age of Colonialism (1600s to mid-1900s).  Rather than devote pages of copy to describing India’s history, mariner will provide simplistic comparisons between the two caste systems. A simple chart describes India’s caste system: 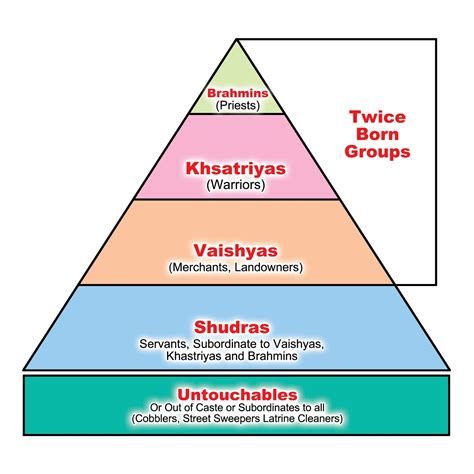 Mariner hopes this is enough information to demonstrate how castes work. Certainly the two systems don’t reflect identical cultures but the point of the analysis was how hard it is to deconstruct what are, in fact, culturally cemented castes. The samples mariner used for the United States date back to the nation’s origin. The first settlement introduced slavery from the get-go. Remember the Puritans? Remember Native American genocide? Etc. etc.

Having read the analysis – just a paragraph in a larger article about politics – mariner now has a different perspective about the troubles the U.S. is having. Maybe people can’t break embedded castes but a pandemic plus artificial intelligence together are having a go at it. Primarily, the changes are superficial and economic in nature, caused by recent changes in elitist society. Unfortunately the embedded castes like racism, Christian theocracy and plutocracy will be around for the foreseeable future.

Is there a U.S. comparison to India’s sacred cows (in light of the fact that the United States virtually eliminated the existence of the American Buffalo)?