The political battlefield today reminds mariner of the Fields of Flanders in WWI: smoke, poison gas, sluggish trench warfare, cannon shells screaming overhead. Is it no wonder that news programs are losing market share? One can learn from destructiveness, gossip, falsehood and grandstanding only so long. But someday, history tells us, at a moment in time the populace will come together, strap on a common harness and pull this wasteful time out of the muck.

As the smoke clears and propaganda diminishes and both armies greet one another amid the carnage, what real issues will become visible?

The tattered, worn out and unmanaged economy will become visible. Amid the smoke, visibility was limited. One could say, “Unemployment is 3.5%. We must be doing really well.” But as the horizon stretches, one is aware the economy may change drastically in the near future.

֎ Climate. Yes, Virginia, there is climate change. Not only will the economy of the US be severely pressed to cover climate related expenses, but the entire world will suffer at the same time. This is a situation the world has not faced since the viral plagues of the Dark Ages. No, not even the great wars match the financial and social strain of climate change. 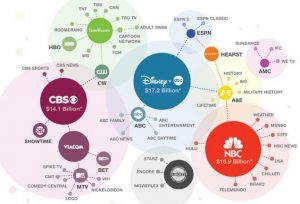 The lobbying power alone will weaken democracy and move toward a genuine plutocracy where economic policy is made by a few very powerful executives. The solution to this is totally political: enforce antitrust laws already on the books. A second example is the power of banks such that they sit at the center of the US economy. One may recall that Senator Warren has made breaking up big banks a major plank in her campaign.

So that is a view of the economy as the smoke and shells clear. Were readers masochistic, the discussion could continue to fascinating topics like church versus state, revamping undemocratic issues such as the Senate, elections, universal health and reasons for going to war.

May the Force be with you.