[“Real isn’t how you are made,’ said the Skin Horse. ‘It’s a thing that happens to you. When a child loves you for a long, long time, not just to play with, but REALLY loves you, then you become Real.’

‘Does it hurt?’ asked the Rabbit.

‘Sometimes,’ said the Skin Horse, for he was always truthful. ‘When you are Real you don’t mind being hurt.’

‘Does it happen all at once, like being wound up,’ he asked, ‘or bit by bit?’

‘It doesn’t happen all at once,’ said the Skin Horse. ‘You become. It takes a long time. That’s why it doesn’t happen often to people who break easily, or have sharp edges, or who have to be carefully kept. Generally, by the time you are Real, most of your hair has been loved off, and your eyes drop out and you get loose in the joints and very shabby. But these things don’t matter at all, because once you are Real you can’t be ugly, except to people who don’t understand.”

Physical contact remains vital to health, even as we do less of it. The rules of engagement aren’t necessarily changing—they’re just starting to be heard.

֎  Today’s post largely is a number of excerpts from James Hamlin’s article. Regular readers know that mariner is skeptical about modern technology, especially Artificial Intelligence (AI) which is cleaving human behavior away from interpersonal touching, hugging, conversation, and deliberate sharing of the intimate space – a column of space that extends about a foot from the body. Several studies are presented that show a human is dependent on touching and hugging not only for social acceptance but for healthy bodies and emotional development. Brackets [ ] encompass quoted material.

[ Tiffany Field has spent decades trying to get people to touch one another more.

Her efforts started with premature babies, when she found that basic human touch led them to quickly gain weight. An initial small study, published in the journal Pediatrics in 1986, showed that just 10 days of “body stroking and passive movements of the limbs” for less than an hour led babies to grow 47 percent faster. They averaged fewer days in the hospital and accrued $3,000 less in medical bills. The effect has been replicated multiple times.

Field, a developmental psychologist by training, went on to found the Touch Research Institute at the University of Miami’s Miller School of Medicine. She was a pioneer in highlighting the effects of “touch deprivation” among kids, famously those in orphanages. She explained to me that the effects are pervasive, influencing so many bodily systems that kids are diagnosed with “failure to thrive,” resulting in permanent physical and cognitive impairment, smaller stature, and social withdrawal later in life—which often includes aversion to physical contact. ] 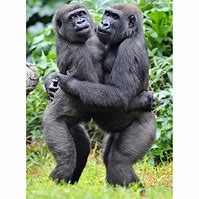 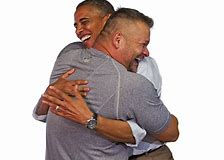 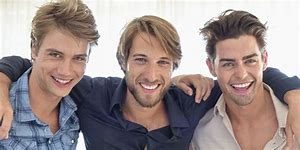 ֎ It is beyond question that hugging, touching, kissing, caressing, and many other intimate reinforcements are a biological requirement in primates – in fact all mammals require to some degree feelings of value, justification, affection, friendship, bonding, celebration and love.

[ Physical touch doesn’t make adults larger, but its effects are still coming to light. Field has published similar findings about the benefits of touch in full-term infants, and then children and pregnant women, adults with chronic pain, and people in retirement homes. Studies that involved as little as 15 daily minutes found that touch alone, even devoid of the other supportive qualities it usually signifies, seems to have myriad benefits.

The hug, specifically, has been repeatedly linked to good health. In a more recent study that made headlines about hugs helping the immune system, researchers led by the psychologist Sheldon Cohen at Carnegie Mellon University isolated 400 people in a hotel and exposed them to a cold virus. People who had supportive social interactions had fewer and less severe symptoms. Physical touch (specifically hugging) seemed to account for about a third of that effect. (The researchers conclude: “These data suggest that hugging may act as an effective means of conveying support.”) Cohen and his colleagues continued to show other health benefits of physical contact, such as a 2018 reveal in the journal PLOS titled “Receiving a Hug Is Associated With the Attenuation of Negative Mood That Occurs on Days With Interpersonal Conflict.” ]

֎ Everything mentioned to this point is critical to a healthy, mature sense of self. But there is another level of reality. Culture comes from human interaction; who we are among ourselves in a world of 7.7 billion people is reality. There is no way to identify and manage reality except through human interaction. Smartphones and iPads and computers are not reality. Let them take control and there will be no reality save ‘the cloud.’ Shades of “The Matrix”. We should have learned this on television: the fun parties in beer commercials are not real.

Reality comes from interaction with other people. The degree to which data mining distracts us from reality is damaging. Stop just to reinforce a friendship and hug them will enforce cultural reality. Giving the thumb a workout is time away from reality.