It was mentioned that Tom never misses an opportunity to visit closeouts and auctions. Below is a collection of products provided by Tom’s ingenious skill with what most would pass up as useless items. 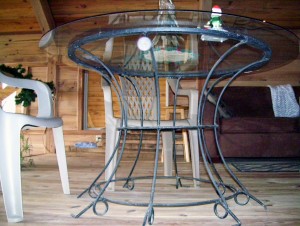 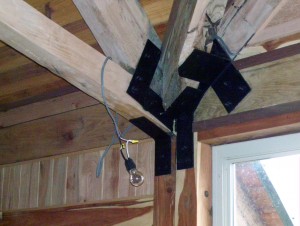 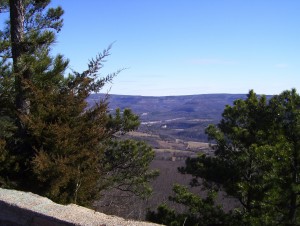 Figure 4 Some things one can’t build by one’s self.

Reporting on the monkey head transplant, mariner can understand that many readers considered this story as something out of the fringe crazy folks. From all efforts to confirm the story, mariner is confident the head transfer was made. A similar transplant occurred as early as the 1970’s. However, in a BBC article, a rational (if judgmental) evaluation is made by a mainstream neurosurgeon. See: http://news.bbc.co.uk/2/hi/health/1263758.stm

Here and there, page six articles are appearing that suggest a contraction in DotCom investment. Hyperbolic headlines predict another ‘bubble’ collapse similar to that in 2000. Indicators are that the big old giants (IBM, Oracle, etc.) have eroding markets; further, there are only so many incremental improvements in Apple products and only so many market-worthy apps before app integration emerges. The mariner’s career was in the era of system integration at the customer level – that is taking discombobulated subsystems and developing new integration efficiencies primarily through the development of super databases. Today, that solution has evolved into cloud solutions; the era of customer-based data centers is over. The big IBM operation in the basement of a corporation is on its way out – just plug into a cloud.

The same is true of home-based processing. New 4G devices press subscribers to store data on proprietary clouds rather than on independent, home-based hardware. Very soon, as individuals upgrade their home operating systems, they will discover that owning operating system disks is no longer possible. The home user will have to rent operating systems and integrated programs like MS Office, Photoshop, and utility software like Norton and Firefox from the owners of the clouds – a marketplace more akin to Amazon.com than to an independent retailer. It is similar in function to the mariner developing new integration efficiencies in 1990-2010.

As any technology ages market pressures require that investment cash flow remain high. This is accomplished by functional integration. It happens in every industry. At the moment, there is a pause as automated information industries look for the next integration. Many prognosticators suggest that 3-D will be the next innovation: the TV screen will become your room – not just a screen – dress decently before you answer your deviseless voice from somewhere phone; a 3-D pad will float in front of you so you can punch emoticons; are you a gamer? Prepare to be your own warrior – electronic champions will be passé.

The mariner postulates simplistic examples that require huge processing capabilities – beyond even the latest in memory processing technology. To the chagrin of the mariner, privacy and security may be a memory as each of us becomes an amalgamated function to create integrated information.

Today, perhaps it is not a bubble collapse but just a gathering of the troops for the next invasion.