Mariner and his wife maintain bird feeders during the winter months. It is often that there are 50 to 100 small sparrows, juncos, goldfinches, house wrens, woodpeckers, and cardinals, et al, sitting on the feeders, back deck and on the ground under the feeders; those in waiting cover the branches of the fruit trees. Also in attendance are several squirrels, a feral black cat, chipmunks and mice, and at twilight, a rabbit or two.

Mariner has mentioned in past posts that his yard is surrounded by back yards converted to trucking depots with 3-car garages, RVs and concrete pads large enough to land a helicopter. So mariner’s yard, while not a picturesque British garden, is a small spot of wilderness.

Having just refreshed the feeders yesterday, mariner expected the usual crowd of wildlife. But the yard was silent. The yard was still. Not a bird even in the fruit trees.

Around 10:00 AM mariner spotted the cause: a Swai 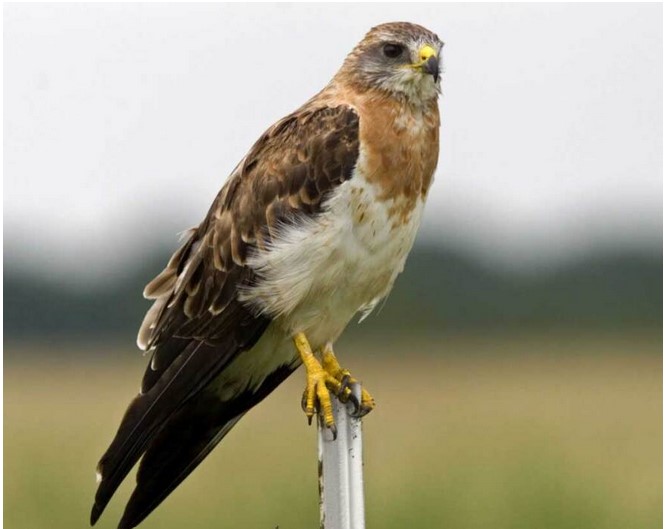 nson’s hawk sitting comfortably on the edge of the flower garden. It is a sheltered spot with full Sun. The hawk was cleaning itself and seemingly just passing the time. It sat there until half past Noon. It was the only creature in the yard.

As this post is written, the squirrels have returned. Still no birds.