The reader knows change is in the air when forty billionaires ask the Governor of New York to raise their taxes to pay for poverty programs and a new state infrastructure. The billionaires call their tax plan “the one percent tax plan.” Their proposed tax plan affects anyone making $665,000 or more annually. The tax rate (state, not Federal) rises in increments from 8.82% to 9.99% based on how many millions were earned in the tax year. Ironically, the republican controlled state senate is opposed to the plan. The democratic house is putting together needed legislative language. See: http://www.pressherald.com/2016/03/21/forty-new-york-millionaires-raise-our-taxes-to-fight-poverty-fix-roads/

Chicken Little is clucking about whether nations and their humans have time to fix the carbon problem; the opportunity for international response may run out of time before a sudden imbalance in the biosphere occurs. The rate of carbon emissions is higher than at any time in fossil records stretching back 66 million years to the age of the dinosaurs, according to a study on Monday that sounds an alarm about risks to nature from man-made global warming. See: http://www.businessinsider.com/r-carbon-emissions-highest-in-66-million-years-since-dinosaur-age-2016-3

An unnamed volunteer stepped forward in the Apple-FBI controversy to suggest he has a method for cracking iPhone security. The FBI asked for a stay in the case until they review the solution. What occurs to mariner is that even Apple’s unbreakable iPhone security doesn’t have a chance against any country’s desire to break security codes. See:

More than global warming, Chicken Little is making low volume whirring sounds over the growing risks in the South China Sea and with North Korea. Increased sanctions are threatening a collapse of North Korea’s economy. Things may escalate by 2017. That’s all we need: President Trump and Kim Jung Un facing off. 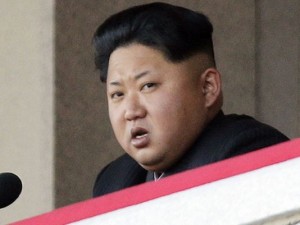