There was a post earlier in the series that addressed global ecology. The post focused on one’s philosophy about living things and the ecological needs these many things may have that we ignore. We focus on only our human need without regard for other forms of life. We spill oil, spread disease, destroy millions of acres of habitat to make homes and highways.

There are very few positive examples of note, perhaps the Glenwood Canyon Project on I-70 west of Denver, Colorado. Citizens pressured the Department of Transportation into saving the beauty of the canyon and the Colorado River, to respect the need of wildlife to move back and forth across the canyon, and to make I-70 almost disappear into the canyon walls. The project was a true integration of human need, wildlife need and respect for the sanctity of nature.

Now, we deal with the darker side of the human relationship with wildlife and species of every kind. Humans, with violence, psychopathic vengeance, and intense selfishness, deliberately attack nature’s creatures. Below is a table and pictorial display that may not be pleasant but will show that this form of human behavior is not just self centered but demonstrates a malfunction in Homo sapiens that endangers the planet itself. 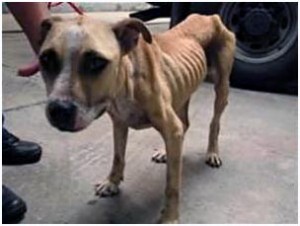 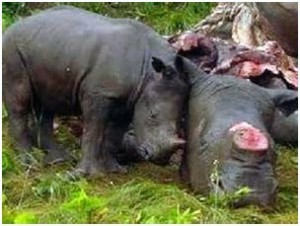 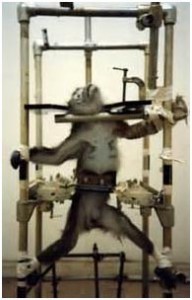 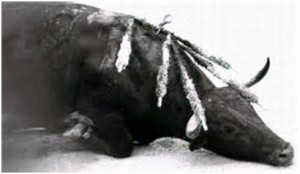 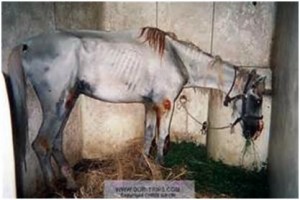 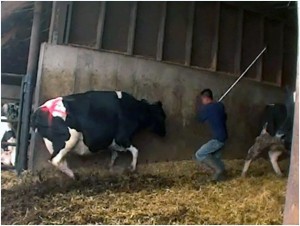 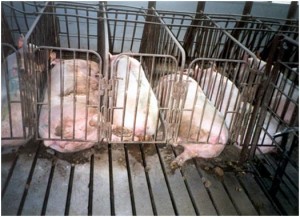 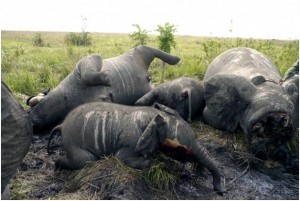 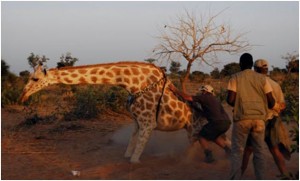 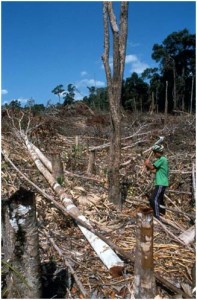 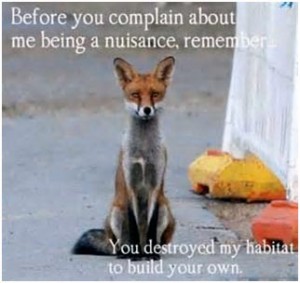 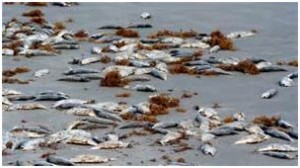 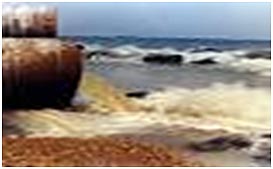 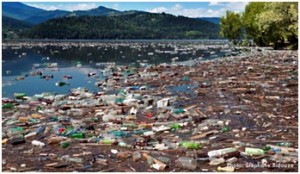 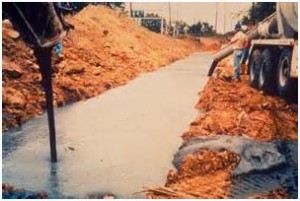 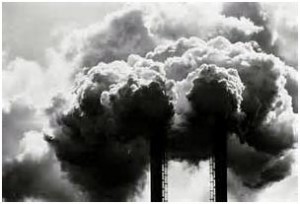 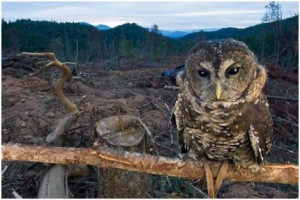 There are many more brutal and upsetting photographs and stories – too terrible to use. The point is made that humans allow their planet’s ecology to be destroyed through favorable laws for factory farmers, unenforced standards for treatment of pets, livestock and experimentation, poaching for a single part of an animal, deliberate brutality, uncontrolled and indifferent destruction of whole ecological environments – wiping out thousands of plants, insects, animals, fish, amphibians, reptiles and birds – all in one purposeful effort without regard for the fact that we are destroying our own ecology. The short gain of profit and self gratification is metaphorical to the short existence of Homo sapiens in Earth’s history.

Those who study anthropology and population predict that human population will double by the year 2100. Science and technology will scramble to keep up with growth but the planet is no larger, perhaps less cooperative, and humans may have shattered the very ecology that keeps them alive.

Without doubt, human misbehavior toward its own environs, which includes the species above and their habitats, is too destructive to lay blame on any one ecology or on population explosion. To be clear, these animals are part of our habitat. We are destroying ourselves. Elizabeth Kolbert is right. WE will bring about our own extinction.

Of all the global threats in this series, including war, corporatism, dysfunctional government, cultural decay, organized greed – ecology is the most pressing crisis. There is a famous Cree proverb that goes,

“Only when the last tree has died, the last river been poisoned, and the last fish been caught will we realize we cannot eat money.”

The mariner spoke of the good fortune of having his town remove three of his six large Ash trees two weeks ago. As fortune would have it, two days ago the last three were victims of a horrendous thunderstorm. His yard stands bare, now – the remaining logs and debris lying about. The trees gave the property character and timeless sustainability. Now, it is naked. The squirrels scramble about the debris confused and homeless; the grackles and robins no longer sit in branches noisily complaining; the doves sit on the rooftop of the house; where to go? He felt a bit of melancholy for the animals. The mariner’s trees were the victim of nature’s way. How terrible it would have been to watch humans deliberately destroy this tiny eco-culture with bulldozers and burning piles of trees still alive – for the useless reason of man’s unfeeling will.

Advocacy at home in behalf of species and their habitats is the hardest advocacy of all. The reader is a policeman, a saint, a restorer of good. Not tomorrow. Now. With the spirit of a Knight Templar, the intensity of Thor, and the unyielding will of God Almighty, the reader must pursue action:

Does the mariner sound melodramatic? Perhaps. But it must be clear that not only is the reader saving specie ecologies, the reader is saving the human race. Time is much, much shorter than one may think.