John Wiley, the artist in Nonsequitur, captures in a few cartoons and few words whole philosophies and behaviors it would take a dozen books to express. Some of mariner’s favorites: 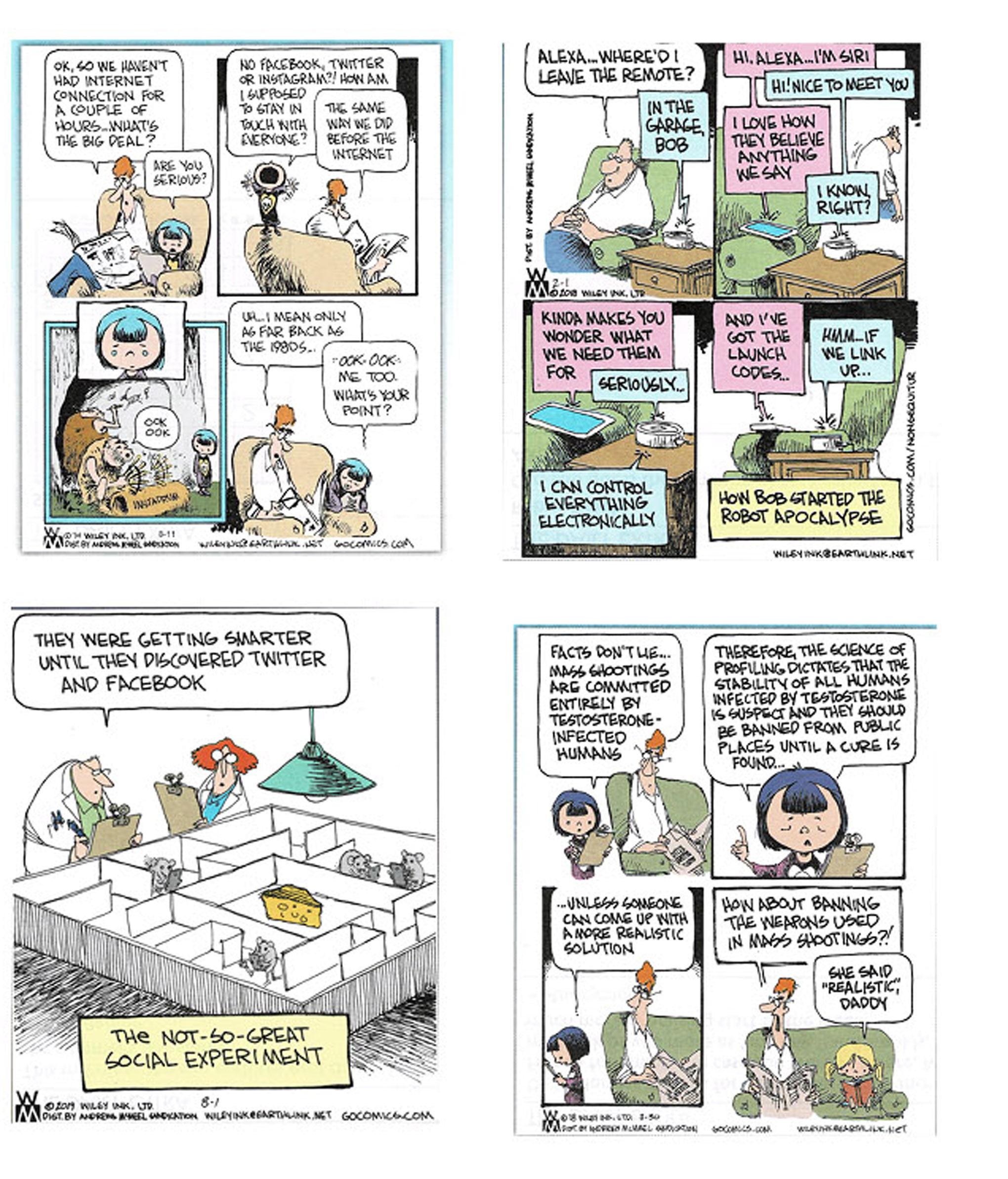 Mariner grows weary of a conflicted world. He knows that more and more he is seen as a zealot. It is hard for a humanist to be considered a zealot but that says a lot about society today.

There are real and validated social reasons for the uprising of the working class; how destructive their political payback will be remains to be seen.

Big data is an immoral capitalist snowball that has grown to a dangerous size. Mariner’s defense of personally owned privacy and the double whammy of not being able to share in the sale of his information are compounded by the fact that it is sold to interests who want to manipulate him for their own purposes, seems to the electorate much ado about nothing.

While his opinions about humanity are supported by many professional thinkers, again the electorate couldn’t care less. As a parting validation to mariner’s ‘zealotry’, the supermarket where mariner’s wife shops pays a handsome discount on her gas station prices in return for tracking her purchases – a fair arrangement in mariner’s mind.

But retreat is inevitable. Mariner is a member of the useless generation, an antique, aspiring middle class person and a humanist. He yearns to be off the grid electrically, politically and spiritually. One day he will buy a donkey cart.