The Power of Mentors

Usually, in our late teens and early twenties, each of us comes across a special person. This person is a mentor; not necessarily a teacher from school but someone who enters your life in a direct way – perhaps someone you golf with or meet on the job or perhaps just an older neighbor you never really talked to before.

Mariner came by another mentor via

public reading sources, books, and old timey movie clips. The reader likely knows him, too: Will Rogers. Will was a traveling humorist and writer. He was very popular with the national audience – constantly full of funny quips and derisive comments about any institution, especially government. Will had a way of making you laugh at yourself despite the sarcasm. He lived from 1879 to 1935, dying in a private airplane crash at 55 on the way to Alaska with Wiley Post. Will was born to Cherokee parents in Oologah, Oklahoma on a Cherokee reservation. In his young days he performed in Wild West shows, becoming an expert at cowboy skills and especially enjoyed doing tricks with lariats. He moved to Broadway shows, movies and writing – truly becoming a world famous author and speaker.

“Rogers increasingly expressed the views of the “common man” in America. He downplayed academic credentials, noting, “Everybody is ignorant, only on different subjects. Americans of all walks admired his individualism, his appreciation for democratic ideas, and his liberal philosophies on most issues. Moreover, Rogers extolled hard work and long hours of toil in order to succeed, and such expressions upheld theories of many Americans on how best to realize their own dreams of success. He symbolized the self-made man, the common man, who believed in America, in progress, in the American Dream of upward mobility. His humor never offended even those who were the targets of it.”[1]

It was Will’s personal economic philosophy of life that caught the mariner’s attention. In various periods of his life, Will lived on a ranch in California. He had his family and a number of Indian workers. Will followed the American Indian philosophy: The hunters go out on a hunt and when they return with the kill it is given to the tribe to distribute. The hunt 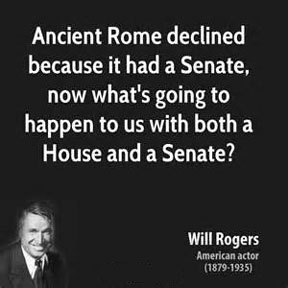 ers do not own or control the kill; it belongs to the tribe and there are no requisites for anyone to have access to the kill. Simply, the kill belongs to everyone.

Without hearing, mariner knows the selfish will lash out at those who seem to be working less than the mighty profit takers. Alas, conservatives, it is a complex world and not everyone has the same profile.